What is it about the colours that make up our world so very difficult  for people to live with? Everyday, in almost every way, we are experiencing  a very colourful world, from our early morning jog to our late evening activity:  from  our commercial spaces to our retail spaces, from our workplaces to our leisure places,  and from  our green spaces to our indoor spaces. Yet to choose  to live with any one of these familiar colours seems to be no easy task. 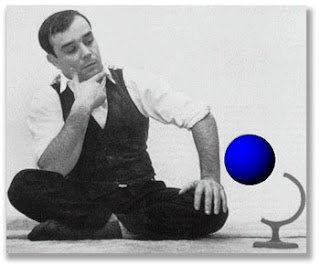 Yves Klein , the French artist working in the 1950's , responded to his external stimuli by creating his own cosmic colour, IKB,  which he splattered on  blank canvas, human  body, and everyday objets.  To him, this intense monochromatic blue  was symbolic of  his mystical connection to his universe, and it was his filtering  lens  through which he saw  the contradictory notion of art expression and personal expression, how our interiority defines our responses to our exteriority.    His trademark cobalt  blue was his way of satirizing the idea of meaning in abstract art and sabotaging the viewer's need to find  such meaning: the artistic brushstroke is a gestural joke for we all bring  to the work of art our own set of limiting ideas and  expected notions. Only when we are free from these cultural restraints and see simply "the void" can we assume to understand our responses and learn from them.


And so too with our colour choices. When we challenge the expected "how to" underpinnings of an interior space, such as using  white mouldings and white doors as the  surefire contrast to paint colour, then our challenges to expected notions  set us free to use colour choice as our own personal path to freedom  of expression.
Posted by Judy Colle, Interior Design 1 comment:
Email ThisBlogThis!Share to TwitterShare to FacebookShare to Pinterest

It is time to vote in Canada, and once again we must be responsible citizens and exercise our democratic right. In Quebec, the mosaic makeup of the poll booth workers is a testament to the allophone society our politicians have created, in spite of themselves. Years and years of backbiting, bickering, and bastardly  slogans and speeches have turned most of us away from an exclusive view of  our French society to an open-minded one of inclusivity: we are all welcome. At the advance polling booth I attended,  the workers were a poster for the picture of   a multicultural society, for it shows people from the Caribbean nation to the Asian continent, from the Anglo to the Euro to the Franco, all ages, all faces, all colours, yet all  workers conversing  and instructing in  our two official  languages.

But, of course, there always is one in a group, and he, newly arrived to the line, only heard a lovely elderly  poll worker respond to a question in English. And he, smugly armed with his sense of entitlement , annoyingly asked that this  lovely elderly lady, obviously from a Caribbean nation, speak to him in French. And  so she did,  in a lilting manner with a great degree of fluency .  It was a joyful moment for the notion  of  respect : her fluency stole his thunder and wiped the smug grin off his face.


To listen to another viewpoint is to respect another way of thinking.  In the world of design and architecture, we may come to a project with an armed set of conventions and  a sample bag of some tried and some new   formulas, our own sense of entitlement. But we too must listen. All  projects have two official languages: the one of the client and the one of the designer.

Posted by Judy Colle, Interior Design No comments:
Email ThisBlogThis!Share to TwitterShare to FacebookShare to Pinterest

A design  picture is not worth a thousand words, for as in life, the attraction of the image is a reflection of what we seek, and a confirmation of a point of view: a client chooses the image as an example of what he or she wants, and the designer looks at that chosen  image as an example of  what he or she does not want. An isolated image of a room has no context, for  it floats around a subtext of a point of view, in itself subjective and confining.  However, when the designer chooses an image, that image has a context: it works as an example of what could be when boundaries are pushed and new vistas are explored.
Posted by Judy Colle, Interior Design No comments:
Email ThisBlogThis!Share to TwitterShare to FacebookShare to Pinterest 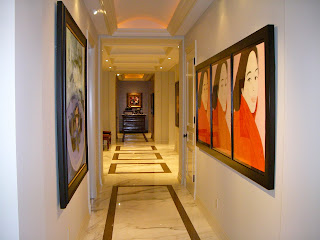 In my blog  my aim is to create a philosophical environment  to explore the challenges  that need to be overcome in order to create a harmonious  space that caters to the needs and the desires of the client without having to compromise the creative vision of the designer.  The rub always lies within these two opposing contradictions: the clients who will live in the new space and the designer who  needs to impose a visual order therein. These challenges include not only layout, furniture and fabric but also colour, texture and mood.
Posted by Judy Colle, Interior Design 1 comment:
Email ThisBlogThis!Share to TwitterShare to FacebookShare to Pinterest
Home
Subscribe to: Posts (Atom) 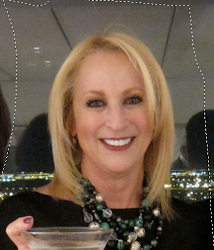